skip to main | skip to sidebar

The flowers of Azogires April 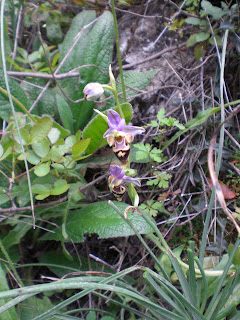 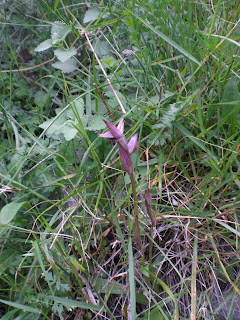 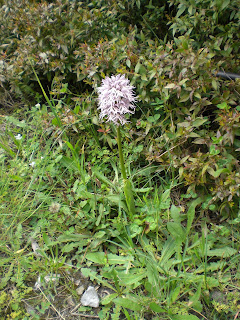 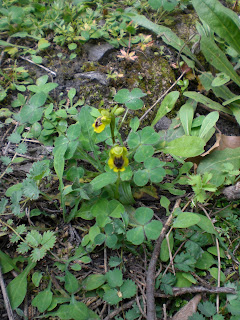 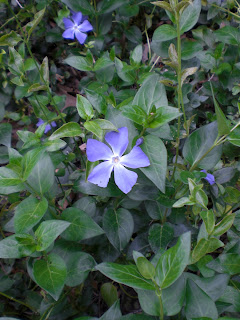 We are going to try to give you some idea of what can be seen as the seasons change in Azogires. We can’t guarantee that this will be a regular feature, it depends on the goats!

What we show won’t necessarily be rare or unusual flowers but they will be Azogires flowers.

All the flowers above were photographed on 13 April 2009 and all were within 200 metres of the Alfa Cafenion.
Posted by Lucky at 05:14 1 comment: 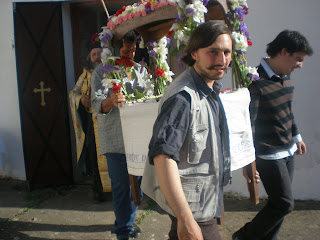 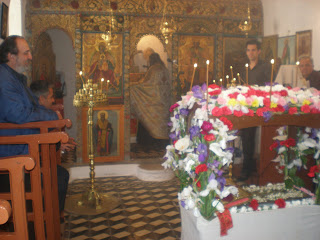 This is the Epitaph of Christ. Every year on Good Friday, the Friday before Easter, we dressed the coffin of Christ with season flowers and we place an icon of Jesus inside. We all come in worship it, kiss it as if we would kiss a dead family member - some people actually do cry. The priest then comes out and sprays on everyone a perfume and a wonderful scent from a plant known as mira, just as they did 2000 years ago on Christ’s grave. After everyone has prayed, four men carry the coffin three times round the church while the bell is ringing. Then they hold it above the entrance and the people pass below it, therefore being blessed by Christ himself.

The priest then takes the icon into the altar space, which is the most sacred position in a church where he makes spiritual contact with the heavens, and prays over it.
While this is taking place the local women are chanting Easter burial hymns.

The priest makes his peace with god and then he comes out and goes to the grave and reads little papers with names of dead people given to him by those attending the service; by reading those names on Christ’s grave the angels have a clearer signal and they place the souls of those dead people in a better position in heaven.

The priest than gives a sermon to the people and asks them to take the flowers from the grave home with them. These flowers are than used as protection in the house either by being burned as incense or just placed by an icon.
Posted by Lucky at 00:24 1 comment:

Of chairs and chainsaws 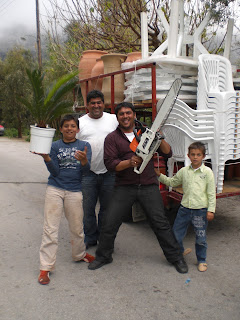 The taverna and the villagers of Azogires are not totally dependent on trips into Paleochora or Xania for essential supplies; essential for the purposes of this particular blog being defined as tables, chairs or chainsaws. On occasion passing travelling salesmen/women/children appear with vans (over)loaded with such items.

What happens then is a uniquely Cretan type of bargaining which looks to the innocent bystander as being little short of an outburst of riotous anarchy mixed with the immanent threat of violence, tempered with periods of maniacal farce.

The process, as recently observed, appeared to go something like this: A price for the goods required is requested and, when given, is greeted with either total disbelief or total derision.

A few minutes later, in the midst of a heated discussion which appeared to centre around whose great, great grandfather/great, great, grandmother was either a goat or a Turk, a counteroffer appeared. This, in its turn, was rejected out of hand with appropriate signs of disgust and disbelief.

The process of offer/harangue/counteroffer then continued for as long as the spectators sitting in the kafenion, could keep egging on the principals to continue providing them with such amusing, and free, diversion. Since the negotiations ( in this case for the purchase of a significant number of new chairs) were being conducted in the middle of the street, they were augmented by, what one can only hope were appropriate, remarks of encouragement from passing motorists who had to drive through the middle of a temporary furniture store.

In due course, a final figure appeared, as if by magic, and was willingly agreed to by both parties. The matter ended in the consumption of sundry bottles of Temenia fruit juices – one has to keep the children interested – and the both the sparring parties departing the field of combat feeling that they have got one over on the other.

The only disappointed people are the spectators, who, safe on the sidelines, had been awarding points for negotiating techniques and had concluded that the prize for the winner went to the traveller who actually managed not only to get the world’s largest chainsaw going, but then managed to sell it.

THE SECRET SCHOOL
There were times in Azogires when the children were forced to learn another religion and another language; this was the way the Ottoman Empire tried to force people to forget their original Greek and Byzantine roots. To prevent this the people developed the secret school - schools that for several hundreds of years were moved from basements of houses, to caves into the hills, to bushes, up in forests and in dark corridors and cracks on the hillsides, in fac all over Greece and Crete. They spread like wildfire and became the origins of many revolts for freedom and religion. The teaching always took place quietly in the dark or by candlelight, and the children were sworn to secrecy – swearing that even if tortured, they would never tell where their school was.
One of the last one in Azogires was right in front of the Turks eyes’, located in the neighbourhood of Kriariana, near the monastery. In those days all the houses in that neighbourhood were connected, that is they had doors in between them so if you were wanted or on the run, you could kick open doors and run away through someone else’s house. The secret school was located in the basement of one of these Venetian houses, a 3 flat home with only two entrances. The children would study in the dark and if ever it would be given away, there was a secret tunnel that only the house owner knew of, not even the teacher knew about it. The tunnel was beneath the floor and would be opened by removing some soil and a big flat stone. The children would crawl in to it and the house owner then closed it from outside, placing a clay pot on top of it so the Turks had no idea what was going on. They had just watched 20 or 30 children go in to this house and now they could not find them! The tunnel would come out by the river somewhere but to this day we don’t know exactly where, perhaps you can find it next time you visit Azogires?
Posted by Lucky at 02:30 2 comments:

The Great Wall of Azogires

Reputed to be the only bit of Azogires that can't be seen from space, the Wall was believed to have been constructed by a gang of imported slave labourers at the behest of the mighty Cretan ruler Lu Ky as long ago as April 1st 2009. It's rumoured that several or more dead men, mostly from the clans Am Stel or Ou Zo, were buried in the foundations to bring luck to the enterprise.
The suggestion that the wall was built in honour of the ruler's favourite goat - Esmeralda - have yet to be proved, and doubt has been thrown upon the once held belief that the Great Wall of China was modeled on the Great Wall of Azogires - if only because the Chinese built theirs first.
Posted by Lucky at 02:26 2 comments: 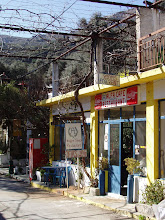 
Your host at the Alpha Kafenion

Lucky
Azogires, Selino, Crete, Greece
The man responsible for it all!